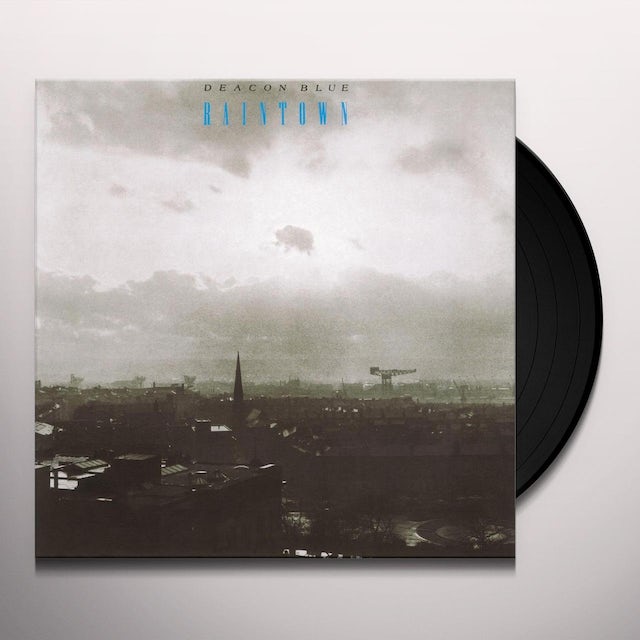 Released in May 1987, with it’s iconic Oscar Marzaroli’s grim snapshot of Glasgow’s skyline in the 60s adorning the album cover, this was Deacon Blue’s first album and it catapulted the band into the UK pop scene with the beautifully written and performed “Dignity” as it’s title track. Only being 16 years old at the time, this was in equal measure the soundtrack to my youth along with New Order’s 1987 superb compilation album and Erasure’s “the Circus” album.

The Raintown album however was something different. Clean guitar, beautiful chords, great lyrics (only a certain Scottish demographic will know what he means when Ricky Ross sings about Bogey packing his lunch in a Sunblest bag – classic) and raspy singing from Ricky and soaring supporting vocals from Lorraine McIntosh all begin with the hauntingly wonderful “Born in a Storm” which segues smoothly into the Raintown track which sets the tone for the whole album.

The album had several chart successes from it’s single releases but for me, aside from Dignity my favourite song is “Love’s great Fears”. I do enjoy listening to this from start to finish on occasion – not necessarily only on a dreich Glasgow afternoon